“My Cousin Rachel” is Roger Mitchell’s uneven adaptation (veering between sluggish cautious restraint and gripping story telling) of the book by Daphne du Maurier. At its heart, this is a story about cultural blindness…about our inability to see beyond the locked box of our inherited values. Set in mid nineteenth century England, the drama is centered around the arrival of the eponymous cousin Rachel – an exotic, beautiful and mysterious Anglo-Italian widow – into a small, very traditional farming community.

Just who is this Rachel? Grieving widow -as she appears to be – or calculating, possibly murderous, fortune seeker – as she is made out to be? We meet her via the letters of a wealthy English landowner and die-hard bachelor, Ambrose Ashley (Sam Calflin of “The Hunger Games”). He has fled the cold (read: inhibited) country for the sultrier, healthier clime of Italy. His letters describe the arc of his relationship with this mystery woman: first as charming friend, then beloved wife, then suspicious partner who may be poisoning him. Which is she? Could she really be poisoning him or is this merely the expression of a deranged mind, warped by the tumour that kills him?

Ambrose’s young, gormless nephew, Philip (also played by Sam Calflin) who will inherit his properties when he turns twenty five, is convinced that his uncle has been murdered by her. His guardian, Nick (Iain Glenn, who you’ll know as Jorah Mormon from “The Game of Thrones”) has also heard things: her profligacy, her sexual appetites. When she turns up at the ancestral estate (she claims it is to experience the presence of her deceased husband), her veiled countenance and enigmatic smile offer nothing to her suspicious hosts. Young Philip is determined to lift what is clearly the veil of her guilt.

In a world where the women are either dowdy or delicately virginal and certainly entirely submissive, can you really trust someone as darkly beautiful, experienced and self-possessed as Rachel? And a foreigner to boot! She must be harbouring secrets. Just who is the Italian gentleman that visits her? A lover? To whom is she sending such large sums of money, well exceeding the modest income she is given?

Bit by bit he is bitten by her bewitching charm. She is the unexpected antidote to his buttoned up word. She is the dark to his light, the experience to his innocence, the possibility of passion to his sense of restraint, the smell of sex to the stuffiness of his virginity, the maturity to his naïveté. Surely she cannot be the witch some (no longer him) make her out to be. Not surprisingly, he loses his heart to her; and in a spasm of infantile infatuation, he wills her his wealth… in exchange for her hand. She offers him instead her body. It is a signal he misreads. What for her is a repayment for generosity, he mistakes for love.

She, of course, is no naïf. He may have misread her intent. But that could not have been a surprise to her. For what’s a woman without fortune to do in a society stacked against such a creature? She can teach or become a governess or, again, seek to marry well.

At a deeper level, the story wonders what it takes for one cultural frame of reference (the English farming community) to fully appreciate and align with another’s (that of the sophisticated Italian). For on the flip side of exotic attraction lies a world of misunderstanding (and suspicion). And by the time his own veil of ignorance has been lifted and he comes to his senses, Philip has put in play a sequence of events that will eventually prove fatal.

That beautiful English countryside, like its inhabitants, becomes a place of hidden malevolence that must protect itself against the antibodies that would do it harm.

This is Rachel Weisz’ movie. She is its magnetic presence: quiet, understated, ultimately mysterious. We are as seduced by her even as we remain in doubt as to her real intentions. She personifies ambiguity. This is certainly proving to be Ms Weisz’ time: coming so soon after the magnificent “Denial” and “The Light Between Oceans”. Perhaps, just perhaps, Hollywood is becoming French in its appreciation of women of a certain age (After all, Ms Weisz, Nicole Kidman, Isabel Huppert, Laura Dern, Halle Berry, Meryl Streep, Diane Lane, Robin Wright etc have all turned 50; and they’re all getting great roles…well overshadowing the superhero-chained pufferies of Scarlett Johansson, Jennifer Lawrence etc)

Roger Mitchell (“Notting Hill”) both adapted and directed the movie…which could have been outstanding; but he seems so cautious of excess that there is often a slow stateliness to the directing where you wish there were more raw energy.

No matter. Rachel more than compensates for his stately restraint. 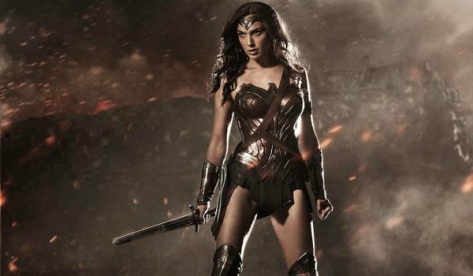 WHEN IN THE dying months of the Great War, Diana (aka Wonder Woman) loosens her hair and, sword in hand, strides fearlessly into No Man’s Land, this just about OK movie, earned its price of admission. Israeli ex-soldier Gal Gadot (from some of the endless “Fast and Furious” moneymakers) is Diana, daughter of Hippolyta (Connie Nielsen) queen of the Amazons…crafted in clay and brought alive by Zeus himself. She’s a statuesque beauty that exudes an on-screen presence that’s simply Wowza. More than that, she makes for a thoroughly convincing Amazon. Beauty meets badass like never before. 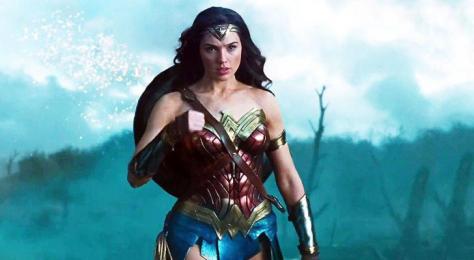 The movie was directed by Patty Jenkins (‘Monster”) and has, so far, proven to be the highest ever, grossing movie by a woman. To borrow from the old Virginia Slims slogan, “We’ve [OK, they’ve] come a long way babe!” Here’s a super-hero action movie that’s about a colony of warrior women who have chosen to do without men; and that features a fearless woman who doesn’t need the strong arm of a man to help her out as she does battle with the god of war (and most of the German army).

“Wonder Woman” is both an origin myth (usually the strongest of the superhero tropes, which almost always trail off into repetition thereafter) and a coming of age story. We first meet Diana as a (rebellious) child, desperate to learn the pugilistic ways of her tribe of Amazons. They live in a sort of time-warp bubble in the paradisiacal island of Themiscyra… where they mainly seem to train in mixed martial arts (in a sort of Amazonian fitness centre); all in preparation for the possible return of Ares, the (defeated) god who brought war to the world. War comes to their paradise when Steve, an Allied fighter pilot (Chris Pine) somehow crashes through their invisibility shield. By now the child has morphed into a woman, well capable of plunging deep into the wine dark sea to rescue him. He speaks of a world at war; of terrible loss of life and human suffering. Perhaps the dread Ares (David Thewlis) has retuned. Diana feels she must leave her paradise and return with Steve to kill Ares and end the war. Or maybe she’s just motivated by the sight of her first naked man. He is, after all, above average he tells her, a piece of boasting she no doubt feels compellingly motivating.

And so it came to pass, Diana grew to experience both war and love.

Director Jenkins stages some really impressive – often slo mo- battle scenes as Diana spins and somersaults her way to taking out legions of bad guys… with her sword, shield and Olympian lasso.

The weak link in the whole enterprise is its uninspired script. Alan Heinberg, whose main claim to fame is the ABC crime drama, “The Catch” is credited with the screenplay along with Zac Snyder (credited as story creator and director of the dreary Superman reboots and the turgid “300: Rise of an Empire”) and Jason Fuchs (who wrote “Rags: The Movie”, one of those movies seen only by his family). This trio never quite manage either to attempt at plausibility or even to give Diana’s character, character.

Thank the gods, Gal Gadot manages to pull it off despite them.
And now she’s off for lunch with Bruce Wayne. Those Amazons. They do get around